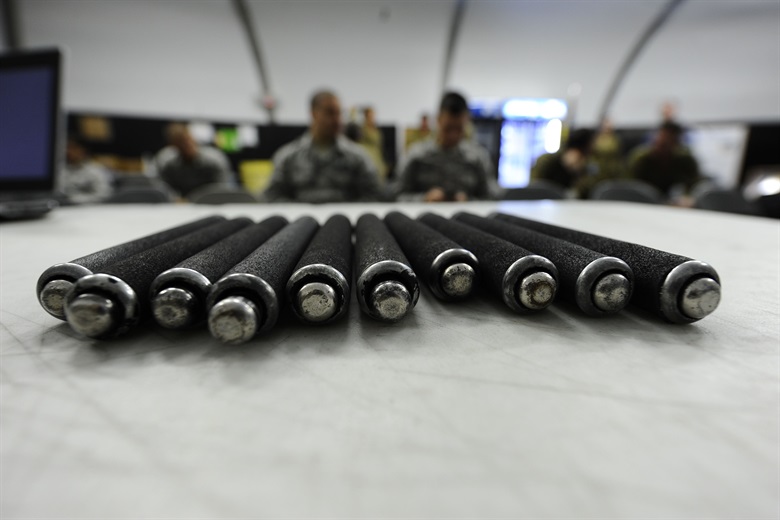 Every person should have an EDC collection of tools that they may need for the unexpected or unintended situations in life. From the IFAK and sidearm to the pepper gel and glass breaker, having just a few simple yet portable tools on your person at all times increases your potential for saving yourself or those around you.

One way to maximize the toolkit while still maintaining portability is to carry a good multi-tool. In most cases people think of a pliers-and-screwdriver tool (which we recommend here), but today we’re going to go in a different direction with our multi-tool option: the tactical pen.

The tactical pen has multiple advantages over similar tools like the kubotan. In addition to being a force multiplier in self-defense situations, it also works as a functional writing tool, which means it’s much easier to keep on your person in places where some restrictions would disallow a kubotan.

There are a BUNCH of variants of this tool on the marketplace. Some of those pens are useful and functional. Some of them are… not.

So let us here at the Junkie help sort through the junk to help streamline the decision-making process for you. Let’s have a look at four effective (but not ridiculous) tactical pens for your EDC toolkit.

Let’s start simple. You want a functional ink pen that serves a variety of functions without looking like a tacti-cool nightmare. The EDC Tactical Pen from Black Fly Creations is just that.

This is the sort of pen you can slide from your coat pocket at a business meeting to sign that final contract without drawing a lot of unwanted stares from everyone at the table. Since it comes in sleek black or gray, it makes the perfect incognito EDC tool.

The end cap is comfortably rounded so your thumb doesn’t take damage when breaking through glass or impacting an attacker’s clothing. The point is made with impact-resistant 6061 aircraft grade aluminum, which means the pen is light AND durable.

Bored into the thumb cap is a lanyard hole that accommodates a length of 550 paracord. With that feature, not only will you have a means of rapid deployment, but you can also attach a clip for use on your molle kit. In the office, the pen has an adjustable pocket clip that will hold the pen securely in your pocket.

Zero leaks, an ink refill cartridge, and a foolproof guarantee mean The Black Fly Creations EDC Tac Pen is just what you need to supplement your EDC toolkit.

In the realm of ‘keeping it simple’, we have another winner with the CRKT Williams Tac Pen. The top-of-the-line Fisher Space Pen Ink Cartridge is surrounded by a high-grade 6061 aircraft aluminum body. The pen is sleek (and, dare I say, sexy?) in its design.

When the pen tip is deployed, this is the type of writing instrument that will be the envy of everyone who isn’t smart enough to carry it. As a unique feature, however, the body of the pen features a blunt point that, when you cap the pen, can be deployed as a glass breaker and self-defense tool.

The CRKT Tac Pen is lightweight and strong but supplies a degree of subtlety you want from a defensive tool. It doesn’t scream “TACTICAL” when it’s peeking out of your breast pocket or pocketbook. The slightly angled cap provides a pain-free surface against which your thumb rests when you use it for non-writing purposes.

This pen is a little pricier, but for the solid construction and smooth writing the CRKT Williams Tac Pen brings to your EDC, you’ll be glad you invested the extra few dollars.

The Wuben TP10-G Tac Pen adds a little more to your EDC. In addition to its usefulness as a self-defense tool in the style of a kubotan, it also sports a tungsten steel glass breaker head that makes short work of windows.

The extra bonus with this pen is the handy 130-lumen LED lamp that can be useful on those dark nights when you need that extra bit of visibility. The light is rechargeable using a USB charging cord, and the battery life is enough to keep you out of the dark for quite a while.

The Wuben TP10-G Tac Pen is constructed with aircraft-grade aluminum with an IP68 waterproof rating. You can covertly swim across a river with it in your kit and still have a fully functional tool on the other side. It is impact resistant up to 1.5 meters, so dropping it isn’t going to end its life.

It’s always good when a single tool can do the job of two. The Wuben TP10-G fits that bill nicely.

OK. Let’s go a little overboard here. For those of you who want a multitool that is masquerading as a pen, the MTP-6 Tac Pen is your deal. It writes (and it comes with two replacement ink cartridges), but that’s just the tip of the iceberg where this pen is concerned.

In addition to its primary role as a writing implement, the MTP-6 also sports a two-mode 130-lumen LED flashlight, a tungsten carbide glass-breaking head, and a multitool head that works as a bottle opener, serrated-edge cutter, screwdriver, and hex wrench. The barrel of the pen is constructed with aircraft grade aluminum (a common theme with these pens) and carries a lifetime warranty.

Oh yeah. It also works as a functional self-defense tool. Just in case you forgot the whole purpose of a tactical pen after reading this description.

The world is sometimes an unpredictable and dangerous place. Having a convenient yet purposeful collection of tools on your person at any given time can be the difference between life and death. Arming yourself with any of the tactical pens above will give you that extra bit of needed advantage. Get one today.

Have a favorite EDC tactical pen? Let us know what it is in the comments.